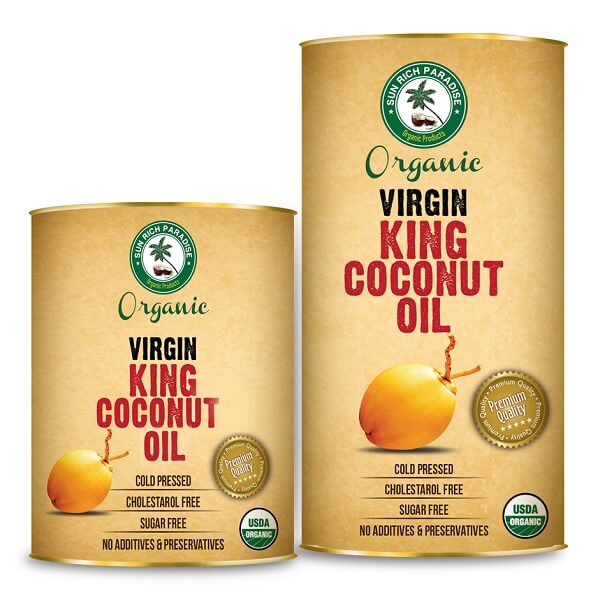 King Coconut (Cocos nucifera) is a variety of  Coconut,  Golden Orange in Colour,  only found in Sri Lanka. It is sweeter and of high nutritional value than regular green coconut. Green coconut in comparison is abundantly found in most  Asian countries. The king coconut plantations are rare, uncommon and only grown in Sri Lanka. It is a KING as name implies. People of Asian countries use King Coconut water as a health giving sweet drink with medicinal properties akin to a Saline Drip given to sick people. Research has also discovered that coconut water contains cytokinins that are having anti-ageing properties. It also contains naturally occurring bioactive enzymes, such as catalyse, dehydrogenase and diastase, which help digestion and metabolism. It is also a good source of  B-complex vitamins, essential to the human body. Virgin King Coconut Oil contains no preservatives or additives, no added sugar, is low in cholesterol and is gluten free, lactose free and vegan.
King Coconut Oil is made from the pulp of the fruit (same manufacturing process as Virgin Coconut Oil) and the product is also used widely in preparation of Ayurvedic Medications. For thousands of years, Ayurveda has utilized the King Coconut Oil as the base, for medicine preparations.